New updates are being added at the bottom of this story…

The next milestones to be offered by Apple for the smaller screens are probably going to be the iOS 15 and iPadOS 15.

After having successfully conducted the current rollout drive and almost nearing that time of the year when Apple usually unveils the next iteration, rumours of the next generation of the software have started to flow in.

From what it appears, Apple may continue the number sequence in the nomenclature of both iOS and iPadOS, taking it to 15 this time.

It’s quite obvious to predict the eligible devices for the next generation OS but this time around, the older iPhone SE, iPhone 6s, and iPhone 6s Plus may just be dropped.

Here’s the list of devices that are most likely to bag the major update.

Apple is expected to unveil the iOS 15/iPadOS 15 at its annual Worldwide Developers Conference (WWDC) sometime in June, much like last year’s iOS 14/iPadOS 14 and others before it.

With the launch still a couple of months away, it is only the new logo of the Apple Music for Artists app and redesigned control center that has come to light. We are yet to explore more features.

Apple has been pretty consistent and disciplined towards the update rollout and this year’s rollout is anticipated to be in line with what Apple has been doing for years.

A beta program will kick off soon after its revelation at WWDC. iOS 15 doors will then soon open for public beta testing sometime in July followed by the full-scale in September.

This story will continue to expand as and when more information starts flowing in. So stay tuned.

11:10 am (IST): Some new details are beginning to leak about Apple’s next big mobile OS update:

1. Notification filters based on user status: A new menu accessible from the lock screen as well as the Control Center will allow users to have more granular control over how notifications are displayed based on various profiles.

3. Quick access to privacy data: A new menu may let users see what information apps are collecting about them. A shortcut for this may be included in the iOS lock screen itself.

4. Upgrades for iMessage: iMessage may see some major changes to compete with the likes of WhatsApp “with the eventual goal of acting as more of a social network.”

More details for all of the above can be found here.

05:07 pm (IST): Apple reportedly plans to add a new food tracking feature to the Health app which could allow users to log the food items that they consume.

01:54 pm (IST): The Apple iOS 15 update was announced yesterday with WWDC 2021 and brings along the following new features:

1. More natural FaceTime calls through Spatial Audio and shared experiences with SharePlay.
2. Focus feature to filter notifications and apps based on what a user wants to focus on.
3. Notifications redesign adding contact photos for people and larger icons for apps for easy identification.
4. Live Text through Apple Camera app now recognizes text in a photo and allows users to take action.

12:18 pm (IST): While the official iOS 15 new features list is pretty lengthy in and out of itself, eagle-eyed beta testers have been finding several other new features that haven’t exactly been highlighted in the official changelog.

We have cherry-picked these and drafted a list that has been given below:

2. The iOS 15 text from camera feature can be pulled up from several apps by simply holding down on the text area and click on the “Text from camera” context menu. You can then insert text from the resultant camera view:

Text from camera feature in the notes app from iOSBeta

3. The iPhones now remain findable through AirTags after they power off or even after their battery runs out. This is clear from the updated power menu that shows a text at the bottom saying that the iPhone’s location is still visible even after power off.

4. The new notifications may have been made more informative and easier to decipher but the banners have been redesigned to be much less obstructive thanks to their more compact design:

5. The weather widget is now more dynamic and reflects upon the time of the day as does the Weather app:

6. Among the many changes introduced with the Apple Safari browser is the new pull down to refresh gesture that has been demonstrated below:

iOS 15 beta 1: pull to refresh in safari from iOSBeta

7. The markup option when editing photos has now been brought out to the front, out of the hidden context menu, as shown in the picture below. 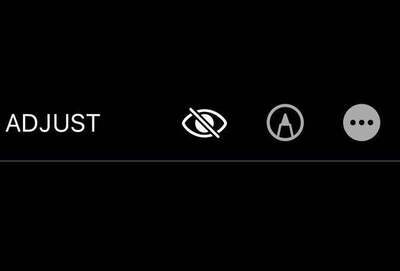 8. The new welcome screen when you power on your iPhone on iOS 15 has been shown below.

The nee welcome screen when you turn on the phone after the updating to iOS 15. from iOSBeta

9. Voice messages sent/received through the iOS 15 Messages app can now be scrolled/scrubbed as demonstrated here.

10. On iPadOS 15, you can now drag to make multiple selections at once on the Finder app.

[iPadOS 15][Feature] you can drag to select files in finder!! from iOSBeta

11. Finally, with iPadOS 15, you can use apps that force portrait mode in the landscape view.

12. You now have the drag and drop feature from iPadOS on iOS 15 as well.

14. The iOS 15 new app designs are now live on almost every app with the new card layouts.

17. iOS 15 beta 1 allows you to translate a text message directly in iMessage.

19. You can now adjust the time and date of a photo from the native Photos app itself.

20. There is a new UI for the QR code scanner tool as well

Of course, we will be keeping tabs for more of such features so stay tuned to our tracker.

07:38 pm (IST): The iOS 15 beta 1 update allows users to delete and install apps directly from Spotlight among other improvements to the said feature. Also, users can now set…