Hong Kong democracy advocates are working in the shadows to preserve digital backups of their movement as the physical symbols of their resistance, including an opposition newspaper and a museum, are purged from the territory’s streets.

In the end, it was food safety inspectors that finished Hong Kong’s museum to those killed in the Tiananmen Square Massacre — the only memorial of its kind within China to victims of the 1989 crackdown.

Its exhibitions documented Beijing’s use of tanks to quell democracy protests in the Chinese capital and Hong Kong’s three-decade history of holding annual candlelight vigils for those killed. 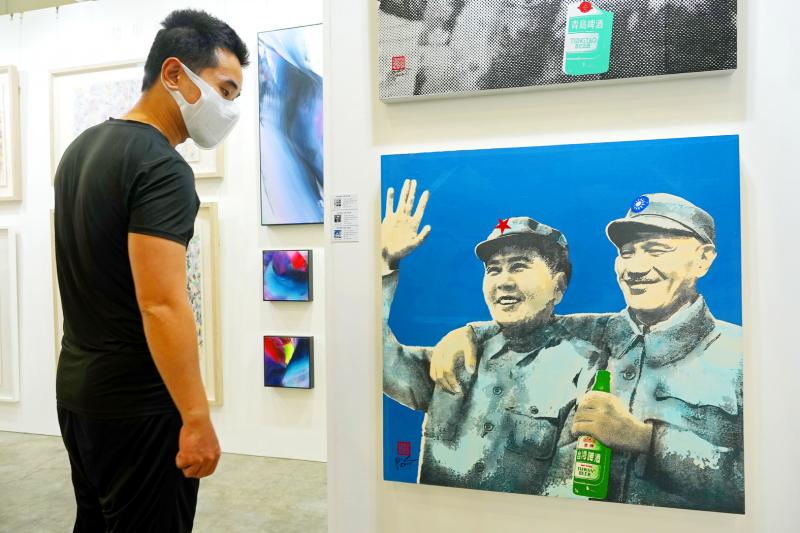 However, Hong Kong Food and Environmental Hygiene Department officials visited the museum in early June and declared that the venue — which had operated on and off for years — did not have the correct license.

With Hong Kong’s Tiananmen vigils effectively banned by authorities since last year, the move came as little surprise to many — which is why dissident Chinese author Chang Ping (長平), who was a student leader in 1989, spent the past year leading a group of anonymous advocates to create an online version of the museum.

“We hope to save the spirit of 30 years’ candlelight commemoration in Hong Kong, which was an unparalleled act of resistance in human history,” Chang told Agence France-Presse by telephone from his home in Germany. 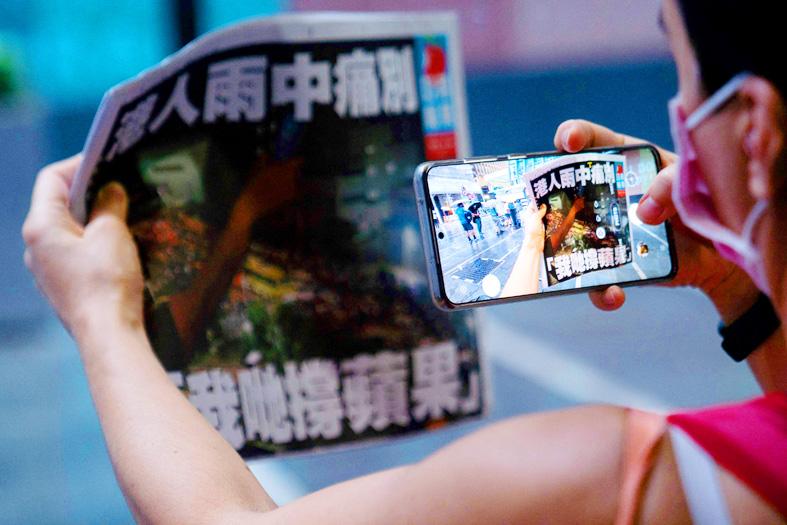 The online museum project is just one of many where the Internet has become a place to preserve remnants of a territory that is being remolded in authoritarian China’s own image after huge democracy protests two years ago.

The Hong Kong Alliance, which ran the museum and organized the annual vigils, knew that they might not survive, especially after China last year imposed a National Security Law that criminalized much dissent.

Most of the group’s leaders have since been arrested and the coalition is on the verge of disbanding — but not before it fundraised HK$1.6 million (US$205,422) to build a virtual Noah’s Ark for their movement.

Other projects had far less lead time to prepare.

Chris Wong, a software developer who asked to use a pseudonym, earlier this year scrambled to mobilize coders to preserve what they could of the outspoken pro-democracy Apple Daily tabloid.

Its millionaire owner Jimmy Lai (黎智英) was already in jail and facing national security charges over campaigning for sanctions against China.

However, in early June police used the National Security Law to freeze the paper’s assets, and within little more than a week, it collapsed.

“We needed to race the clock,” Wong recalled after the Apple Daily announced the printing of its final edition and the removal of its online presence later that month.

He went to LIHKG — a Reddit-like forum that was instrumental in coordinating Hong Kong’s 2019 democracy protests — and found tech-savvy volunteers willing to scrape the tabloid’s Web site.

They harvested more than 2 million pages and archived them on the Web site collection.news by writing about 10,000 lines of code, Wong said.

“Being the more tech-savvy guys, we feel we have more obligation to help preserve the history of Hong Kong,” Wong said. “But everyone can and needs to play a part in sharing the past with your friends, your next generation.”

Over the past six months, it has been overhauled to be more like China’s state media. Critical journalists have lost their jobs and current affairs programs have been axed, while much of its social media content, including many reports critical of authorities, have disappeared.

A democracy advocate, using the pseudonym “Freeman,” said that their group had harvested 14 terabytes of video reports from the broadcaster and the Apple Daily for a planned online backup.

Such digital activism is not without risks, with Hong Kong’s pro-Beijing media suggesting that the efforts are illegal under the National Security Law. Police action usually follows such editorials.

Chang Ping said that he and other digital activists remain unbowed.

“If building a museum is a crime, then the whole history of human civilization is illegal,” he said. “I am proud to be part of it.”

Comments will be moderated. Keep comments relevant to the article. Remarks containing abusive and obscene language, personal attacks of any kind or promotion will be removed and the user banned. Final decision will be at the discretion of the Taipei Times.