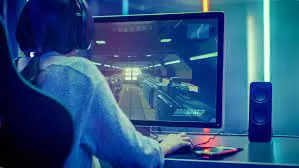 The deal, Kismet said, is the first cooperation of its kind, involving a company from Russia and a Russian SPAC to list shares in the United States.

It follows another one by a company with Russian roots. In March, British electric automobile startup Arrival, founded by Russia’s former deputy minister of communications, debuted on Nasdaq with the help of U.S. vehicle CIIG Merger Corp.

Nexters, a global company with Russian co-founders, entered into an agreement with Russian SPAC Kismet Acquisition One Corp in early 2021 and secured funds to proceed with the Nasdaq listing in July.

Nexters’ Inc. ordinary shares and warrants will be traded on Nasdaq under the tickers GDEV and GDEVW, respectively, the company said in a statement.

The transaction will deliver around $132 million in cash to Nexters and its shareholders, comprising funds from the Kismet trust account, Kismet Sponsor Limited, and PIPE investors Mubadala Investment Company and VPE Capital.

One of Europe’s top five independent game developers, Nexters plans to spend the raised funds on developing new products and to boost its position in the gaming space.

It was founded in Russia in 2010 but is headquartered in Cyprus. In common with other gaming firms, its sales have risen during the pandemic. In the first quarter, the developer of popular games Hero Wars and Throne Rush recorded a 48% year-on-year revenue increase.

In July, Nexters said investment worth $50 million from Kismet, alongside $50 million from the Abu Dhabi sovereign wealth fund Mubadala Investment Co and VPE Capital, took the company to the $100 million minimum requirement for the Nasdaq listing.