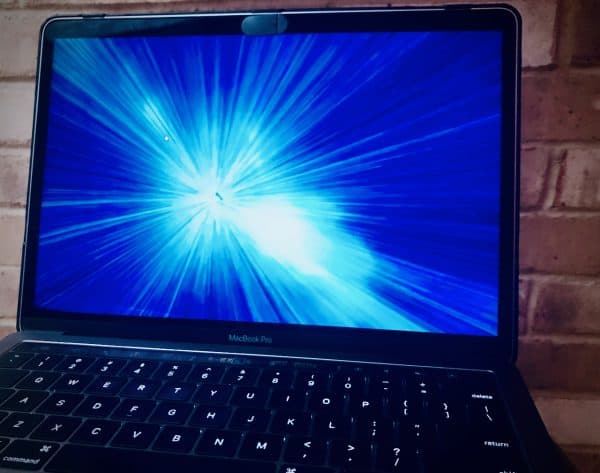 CJDNS SASU, a French software R&D start-up in the PKT ecosystem, recently announced its funding agreement with NGI-LEDGER, a European Commission’s initiative that aims “to shape the development and evolution of the Internet.”

The agreement secures funding for SafePKT, an initiative that aims to bring automated software verification to technologies in the PKT blockchain and ecosystem.

As stated in an update shared with CI:

“With an aligned vision to build decentralized data governance technologies for a more human centric Internet, NGI-LEDGER and CJDNS SASU will help SafePKT build on PKT’s ultimate goal of creating an “Internet by the people, for the people.”

“As a researcher, I’ve been working in the areas of software verification and static code analysis for over 20 years now. I think the SafePKT project is an incredible opportunity to apply the techniques I’ve studied and developed so far to large scale industrial code, which I’ve never had the chance to do before,” Payet added.

SafePKT’s vision is to “re-imagine and re-engineer the Internet for the third millennium and beyond to enable human potential, mobility and creativity at the largest possible scale — while dealing responsibly with our natural resources.”

The collaboration will be “at the core of the European Commission’s policy to allow for decentralised data governance and will adhere to the United Nations agenda for the Sustainable Development Goals.”

“In order to ship robust and maintainable software, I’ve been trying test-driven development among other techniques like pair-programming for a while now and it’s very exciting to participate to the research of static code analysis for a new language like Rust in the context of SafePKT,”

“I’d like to commend the LEDGER consortium, NGI initiative, and the European Commission, not only for fostering European competitiveness in this blossoming field, but also for helping establish European values within the still evolving blockchain ecosystem.”

NGI (Next Generation Internet) is a European Commission’s initiative that aims “to shape the development and evolution of the Internet into an Internet that responds to people’s fundamental needs, including trust, security, and inclusion, while reflecting the values and the norms all citizens enjoy in Europe.”

LEDGER is a EU-funded consortium project of FundingBox, Dyne and BLUMORPHO, three “established entities with track records in research and business development excellence.”

Caleb James DeLisle, Co-founder and Lead Developer at PKT, has shared exclusive insights with Crowdfund Insider on this announcement.

Our detailed discussion is shared below.

Crowdfund Insider: PKT is the first blockchain that pays users for contributing unused Internet bandwidth. How was this use-case conceived and developed within your internal teams?

Caleb James DeLisle: The PKT project has its philosophical and technical origins in a 10 year old project called cjdns. The vision of cjdns is that ordinary people could own and operate internet infrastructure if only it weren’t so complex to do so. To this end, we developed a system where IPv6 addresses could be created just like cryptographic keys rather than being assigned by internet providers or regional authorities. We also developed a novel routing strategy which we call compact source routing.

The way the internet works today, data is sent in packets and each packet bears the address of its destination. With compact source routing, packets instead bear a binary representation of the path they should take through the network, greatly reducing the amount of processing which must take place in the routers which forward the internet’s traffic.

In 2011 there was no effective way to do decentralized micro-payments, and so the cjdns project was very much focused on simplifying the technological aspect of networking, but we always recognized the importance of also solving the financial and administrative aspects.

The key shift which made it possible to start moving in this direction was when lightning network technology started to mature. So in 2019 we launched the PKT blockchain with a vision to build a decentralized bandwidth marketplace which could decouple the technical and administrative aspects of internet service from the operation of the hard physical infrastructure, which brings us back to the unused internet bandwidth.

The PKT blockchain is based on the first ever bandwidth-hard proof of work algorithm called PacketCrypt. PacketCrypt is designed to foster the buildout of internet infrastructure by creating artificial demand for bandwidth.

Crowdfund Insider: Please explain how the PKT algorithm has been developed and how does it differ from other Internet bandwidth-focused projects like Mysterium?

Caleb James DeLisle: There are a fair number of crypto projects these days which are somehow internet, networking, or VPN related, but the key difference I want to draw attention to is the difference between what is a coin and what is a token.

A lot of these projects are not actual blockchains in the sense of Bitcoin, Litecoin or Ethereum, but instead they’re smart-contract based tokens. So in essence a founding team decides that they’re going to create a hundred billion tokens and then they go about handing these tokens out to their friends, developers, investors, etc.

Then when people are “mining” these tokens, what’s really going on is they’re doing some actions like sharing wifi with the neighbor, and there’s a centralized validator which is checking that they probably did the action and then paying them out some tokens. In effect it’s like the old Bitcoin Faucets except there’s just one central one paying out tokens from the ICO.

Now one advantage that these token projects have is their central validators can pay tokens to people for doing pretty much anything. So for example tokens can be paid out to people for filling captchas or providing wifi in their community or even for planting trees. If someone figures out how to trick the validator and get paid tokens when they shouldn’t, the founding team can update the validator or just outright ban them.

Fully decentralized coin projects on the other hand must stick to algorithms like SHA-256 (Bitcoin), Scrypt (Litecoin), or ProgPow (Ethereum), where every node in the network is able to cryptographically verify that the miner did honest work in order to get the coins.

While coins don’t have the flexibility of tokens, the real Achilles Heel of tokens are their founding teams. If the founding team of a token project should ever encounter legal troubles, become fragmented, or just decide they want to pivot, this can be a disaster for token holders, but a coin will live on through thick and thin, as long as there remains someone interested to mine it. And when you look at the names and faces who have come and gone in the Bitcoin ecosystem, it is hard to overstate the importance of this…