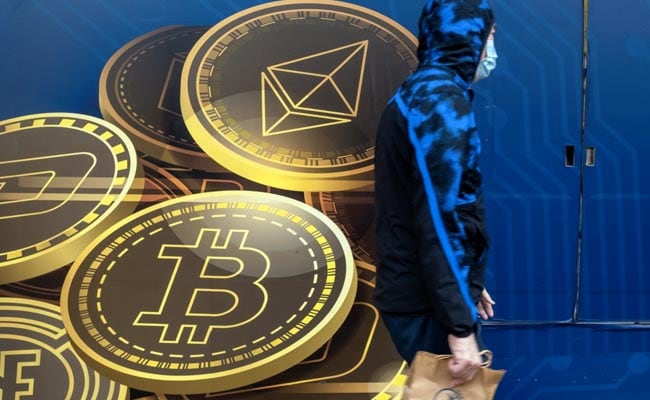 It would become the biggest digital token sale on record. Over 11 months in 2017 and 2018, a little known software maker named Block.one held an initial coin offering for a new cryptocurrency, raising more than $4 billion. Backed by billionaire heavyweights including PayPal co-founder Peter Thiel, hedge fund magnates Alan Howard and Louis Bacon, and German entrepreneur Christian Angermayer, Block.one said it would use the money to build tools that would speed adoption of blockchain technology.

The newly minted currency, EOS, soon became mired in controversy. The U.S. Securities and Exchange Commission fined Block.one $24 million in 2019 for failing to register the ICO, and token holders sued Block.one last year, calling the sale a “fraudulent scheme” and alleging that the company violated securities laws by making “false and misleading statements about EOS, which artificially inflated the prices for the EOS securities and damaged unsuspecting investors.” And some programmers and digital asset managers have said that the company for years showed scant progress toward its mission.

Newly published research by forensic financial analysis firm Integra FEC, led by University of Texas at Austin McCombs School of Business finance professor John Griffin, raises fresh concerns about the EOS initial coin sale. Mr Griffin, in interviews and a 14-page paper posted to the Integra website Tuesday, highlights a pattern of what he says are suspicious trades during the ICO. The transactions, between potentially connected associates, “pumped up” the price of EOS and induced unwitting investors to buy the currency, he alleges in the paper.

“The seemingly artificial demand from the suspicious accounts had two effects,” Griffin wrote. “It directly manipulated EOS’s offering price upward through the extra buying and inflated the market value of the token. Second, it created the false impression of value of the token, which enticed others to want to purchase the ICO token.” Mr Griffin identified 21 accounts that over the course of the ICO engaged in regular, unusually large purchases of EOS, followed by sales of the currency to an exchange less than an hour later, a process he refers to as recycling. In all, the recycled funds amounted to 1.206 million Ether, the cryptocurrency used to trade EOS, or $814.6 million, Mr Griffin estimates, saying the actual amount could be substantially higher and “could have also consisted of other means to manipulate the EOS price upward.”

The paper doesn’t identify the owners of the accounts, and Mr Griffin doesn’t allege wrongdoing by any specific individual or Block.one itself. While crypto transactions are traceable through publicly available information, the entities behind them are harder to pinpoint. Mr Griffin said neither he nor his firm received compensation for the paper.

In a statement in response to the paper, Block.one pointed to a report issued in July by the law firm Clifford Chance LLP that said it “found no evidence of any arrangements between Block.one and third parties by which third parties bought tokens on Block.one’s behalf.” Clifford Chance, which completed the analysis with help from PwC and DMG Blockchain Solutions Inc., also said it found “no evidence that Block.one purchased tokens on the primary market.” (Block.one had commissioned the study in 2019 amid allegations that surfaced as early as 2017 over whether Block.one purchased its own tokens during the sale.)

Mr Griffin’s paper “fails to acknowledge this and makes many errors in fact and logic in pursuit of a false thesis that can be easily disproven with publicly available information,” Block.one said in the statement. Block.one’s statement didn’t elaborate on what it believes those errors are. Block.one investors Thiel and Angermayer didn’t respond to requests for comment, while Bacon and Howard declined to comment.

Questions over the ICO take on added significance now that Block.one has shed more light on how it plans to use the money the company earned as revenue from it. Block.one said in May it will use proceeds from the sale and other sources of funding to launch a subsidiary called Bullish, a cryptocurrency exchange valued at about $9 billion. The exchange, set to go public this year through a merger with a special purpose acquisition company, boasts several of the same investors who backed Block.one, including Thiel, Howard, Bacon and Angermayer. Other Bullish investors include Hong Kong scion Richard Li and a unit of Japanese investing giant SoftBank Group Corp. Its three-person board is comprised entirely of Block.one executives.

Bullish is preparing its public debut just as concerns around cryptocurrencies crescendo. SEC Chairman Gary Gensler is contemplating tighter oversight of digital money, and regulators around the world are grappling with how to rein in the excesses of a $2 trillion craze that involves wild price swings and a dearth of disclosure around the businesses that underlie publicly traded coins.

“We just don’t have enough investor protection in crypto,” Gensler said in a recent speech, comparing it to the Wild West. “This asset class is rife with fraud, scams and abuse in certain applications. . . . In many cases, investors aren’t able to get rigorous, balanced and complete information.”

Here’s how the trading volley played out, according to Griffin. First, parties transferred large amounts of Ether, another cryptocurrency, to specially created accounts on an exchange. Account holders then used Ether to purchase newly minted EOS coins at Block.one’s crowdsale – essentially an auction. But rather than hold onto EOS, as the other EOS buyers did, the parties “quickly and repeatedly” sold the EOS to the same exchanges for Ether – typically within 40 minutes of purchasing it. Those funds were then used to buy more EOS.

This behavior was unusual for several reasons, according to Griffin:

“The suspicious accounts created legitimacy and the perception of wide-scale interest in EOS, and thus were able to make EOS move from an obscure ICO to become a token of widely perceived value,” Griffin said.

EOS peaked at $21.54 in April 2018 before falling below $2 that December. Interest in the token revived in May when Block.one announced plans for Bullish, and it was recently trading at about $4.97.

“The possible motive of arbitrage is an alternative hypothesis examined in the report, but – contrary to profitable arbitrage trading – the repeated trading pattern appears generally unprofitable,” Griffin said. “Sophisticated traders typically don’t repeatedly lose money on a trade unless they have an offsetting profit source or motive.”

A person close to Block.one disputes these findings, saying that the transactions reflect systematic traders taking advantage of price arbitrage. This person also said that selling the tokens would have had the effect of depressing the price of EOS, just as purchasing it buoyed the currency’s price. No one would have the incentive to do that, said the person, who added that he didn’t know who the counterparties were.

Other factors could explain the rapid successions of buying and selling EOS around the time of its initial offering. A May 2018 posting on the software collaboration site GitHub describes an arbitrage opportunity generated by price discrepancies in the crowdsale and on crypto exchanges like Binance. According to the writer, EOS coins distributed in the crowdsale chronically sold for less than coins trading simultaneously on the secondary market, and nimble traders who could buy and sell fast enough could sometimes lock in fast profits.

Griffin defended his work. Supply was fixed each day, so purchasing the tokens in the sale would buoy the price, he said in an interview. It was unprofitable to buy at the…