Disclosure: When you make a purchase having followed a link to from this article, we may earn an affiliate commission.

With more and more organizations moving their operations to the cloud, it is high time to acquire the high-demand skills that are needed to build modern, serverless applications in the AWS Cloud.

Looking at the problem from a managerial perspective, Maureen Lonergan, director of AWS Training and Certification says:

“As organizations are migrating applications to, or building more native applications in the cloud, they’re facing a real skills gap. Managers expecting to hire their way out of skills problems face a shallow candidate pool. Now is the time to rethink their approach and invest in training existing IT talent. With these AWS Specializations for modern application development for learners on Coursera, developers can build new skills to help drive business innovation and growth at scale as well as advance in their careers.”

The new Specializations, which expand Coursera’s already wide range of AWS-related courses are:

As the titles indicate, each targets a different programming environment – Python, Java, .NET, and Node.js. They are for developers and DevOps engineers with fundamental to intermediate coding experience, but no prior knowledge of AWS They are designed to teach foundational skills and knowledge about building on AWS, how to build API driven applications with AWS services, and how to use Amazon DynamoDB to support your modern application.

Labs are an important part of this specialization and the task is to build a website hosted on AWS using only serverless services and focusing on the use of the AWS SDK and AWS CLI. Students start by creating the front-end website, then the backend API, add authentication to that API, create the backend compute functions, create an asynchronous reporting workflow, and then implement distributed tracing, use monitoring features, and improving performance for the distributed application. They also learn how to develop with Amazon DynamoDB by using the AWS Software Development Kit (AWS SDK) via multiple exercises.

There are either three or four courses in the specialization according to the programming language you  choose. The Python and Java versions have four, while those relating to .NET, and Node.js stop at three.

The first course, which is common to all versions is AWS Cloud Technical Essentials and we’ve already reported on it as the introductory part of the AWS Fundamentals Specialization. By the end of this course you will be able to make an informed decision about when and how to apply core AWS services for compute, storage, and database to different use cases. You’ll also have some insight into cloud security with a review of AWS’ shared responsibility model and to AWS Identity and Access Management (IAM). You’ll also know how AWS services can be used to monitor and optimize infrastructure in the cloud.

Next comes a language-specific version of Building Modern Application on AWS which we reported on when it was launched in October 2020 explaining that the task is to build a modern, greenfield serverless backend on AWS. Learners will explore how to build an API-driven application using Amazon API Gateway for serverless API hosting, AWS Lambda for serverless compute, and Amazon Cognito for serverless authentication. They will also study how to create and manage Lambda functions and learn how to optimize APIs throughout the entire serverless workflow using AWS services in your choice of  programming language. 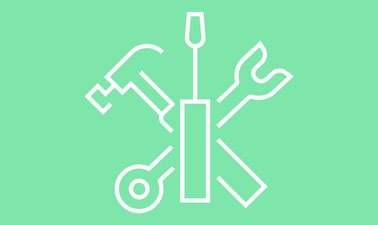 The third course is Amazon DynamoDB: Building NoSQL Database-Driven Applications and it an introduction to NoSQL databases and the challenges they solve. Expect a dive deep into Amazon DynamoDB covering topics such as recovery, SDKs, partition keys, security and encryption, global tables, stateless applications, streams, and best practices.

The fourth course included in the Python and Java versions is about the use of Amazon CodeGuru to improve your code quality by automatically identifying issues and vulnerabilities. Students will learn how to use CodeGuru Reviewer to detect issues and identify recommendations. The course demonstrates how CodeGuru Reviewer finds code anomalies and explains how to understand and apply its automated suggestions. This adds around 5 hours to the Specialization and sounds like a worthwhile investment of time. While Coursera suggests that this Spacialzation requires four month with an average of three hours per week of effort, many learners will find that it can be completed in a shorter span, bearing in mind that Coursera charges a monthly subscription of $49.

More AWS on Coursera and edX

Learn About AWS On Coursera