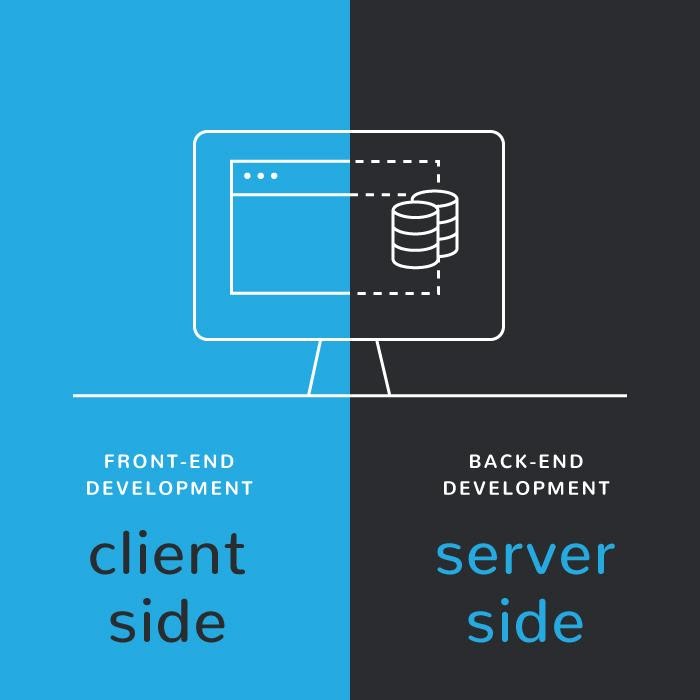 When most people think of software development, they think about the user interface, what they see when they open a program. However, much of the programming work is done on the back-end–which, while vital for the software’ success, goes unnoticed by the vast majority of people.

However, despite its thankless nature, back-end development work is just as important as that being done on the client-facing side. Companies and Java development outsourcing firms should invest as many resources and time into their back-end team as they do for front-facing roles.

What Are the Best Programming Languages for Back-end Development?

Back-end software development is dominated by just two languages: Java and JavaScript. Those versatile languages also happen to be the two most popular programming languages among all software developers, according to the most recent polling.

Engineers gravitate towards those two languages because they are widely used in all types of software development, are extremely versatile, and allow to quickly build complex web applications.

Java is not only the second-most popular programming language in the world, it’s also one of the oldest and most stable languages in use today.

Developers use Java to build powerful desktop applications and cutting-edge Android apps as well as to power devices in the growing Internet of Things. Despite all of these useful applications, the language really shines when it comes to back-end development.

One of the biggest reasons why Java has dominated back-end development work for so long is its platform independence. Engineers can write a single piece of code that will work no matter what device or operating system it is running on. This is a tremendous advantage over other languages, like JavaScript, which require developers to build new modules for different operating systems.

Java is also a relatively easy language to learn. It uses basic syntax that is closely related to human speech and is not very verbose compared to other popular languages.

Finally, Java is an extremely popular programming language in its own right. This means that companies can tap into the existing network of Java engineers to fill out their back-end teams, rather than hiring hard-to-find specialists in other, more obscure languages.

The major disadvantage associated with Java is its poor application to front-end development. In particular, Java’s use of applets has resulted in several security flaws and is a major reason why front-end developers shun the language. In addition, Java-based front-end projects take longer to complete than those using Python or JavaScript.

That’s why many generalist developers prefer JavaScript frameworks like Node.js, which can be used for both front and back-end work alike. Plus, they come with built-in security features that make data privacy protections easier to integrate.

JavaScript is the most popular programming language in the world and is used to build a huge variety of projects, including mobile apps, web and desktop applications, and server-side projects.

The open-source JavaScript framework Node.js is one of the most popular JavaScript options for the backend. Released in 2009, this framework changed the way that web applications operate in the back-end, using server idle time and an event loop to increase efficiency.

The biggest advantage associated with Node.js and JavaScript as a whole is the fact that the language is everywhere. JavaScript is the most popular programming language in the world. This means that it is not difficult to source JavaScript developers. In addition, JavaScript engineers can do double duty as both front and back-end developers.

Besides, JavaScript and its Node.js framework are incredibly powerful tools that can be used for a wide variety of applications. The ability to build a single development team that can build desktop, web and mobile applications using a single language is very advantageous.

Finally, Node.js is extremely efficient in terms of coding. Independent research has found that Node.js engineers need to write 33% fewer lines of code when compared to Java.

The biggest disadvantage associated with Node.js back-end development is the small number of libraries and IDEs found in the Node.js ecosystem compared to Java. These IDEs and libraries help engineers save valuable time and write fewer lines of code. It’s expected, though, that Node.js will begin to catch up in this regard as the user base and community grows.

What are the Most Important Skills for a Back-End Developer?

The single most important skill that a back-end developer should have is database management. Most of their work revolves around the need to store and maintain information on the web application’s server.

Back-end developers should understand how to create a database table and use structured query language (SQL) to communicate between the user’s browser and the application’s database.

The best developers will also be able to clearly explain how they build and scale applications to handle varied load changes throughout its deployment.

Another crucial responsibility of the back-end developer is to build data privacy and cybersecurity protections into their product.

This is becoming even more important given the rising number of data breaches occurring around the world each year–and because of the increasing use of artificial intelligence and other cutting-edge technologies in cyberattacks.

During the hiring process, it is extremely important to ask candidates about their experience with the most common security protocols used in software development today.

In addition, hiring managers should ensure that all back-end developers are familiar with applicable data privacy regulations, such as the European Union’s General Data Protection Regulations and the California Consumer Privacy Act.

The easiest way to ensure a successful software development project and prevent miscommunications between front and back-end developers is to ensure that each person understands their counterpart’s role in the project and goals for their code.

Therefore, the best back-end web application developers will have a solid knowledge of front-end development. Thus, they will be able to explain how their work on the back-end affects their counterparts on the front-end.

Hiring managers should ask candidates about their experience with HTML, CSS, and JavaScript during the hiring process to ensure that they are a good fit.

While back-end development is largely an afterthought for the general public, project managers and back-end developers know their work is absolutely crucial. These talented engineers ensure that the server-side of an application works smoothly.

They are so important because the server must be able to process the data input from the client-end and update the site accordingly. This includes populating dropdown menus, filling out search results, and updating the web application’s database itself.