Jeremiah was a bullfrog, so he was always comfortable in water, or on land.

JFrog Ltd on the other hand has decided to call itself a liquid software company, not because it doesn’t boast the original Jeremiah’s amphibious abilities, but because (presumably) it works with the internal moving mechanics of applications down at the binary level.

As TechTarget reminds us, a binary file is a file whose content must be interpreted by a program or a hardware processor that understands in advance exactly how it is formatted.

“That is, the file is not in any externally identifiable format so that any program that wanted to could look for certain data at a certain place within the file. A program (or hardware processor) has to know exactly how the data inside the file is laid out to make use of the file,” details the WhatIs page.

Back at JFrog, the company has pushed more binary power into its JFrog DevOps Platform to provide capabilities that help developer support binary lifecycle management… but now, more directly, at scale.

The tech-froggers here claim they want to improve developer productivity and efficiency in large-scale modern application delivery through management of binaries, which are clearly the building blocks of applications. 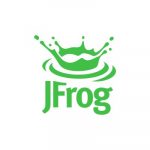 your supply chain and fidelity between the binaries that you run in production and those that started in your pipelines,” said Yoav Landman, founder and CTO, JFrog.

Landman talks about so-called BinOps (Binary Lifecycle Management + Operations) and says that it is a developing trend because DevOps teams need to support the exponential growth of binaries, distributed teams and multi-layered (possibly multi-cloud) project delivery pipelines- all in a secure, efficient, and fast way.

“Federated Repositories, a new feature of JFrog Artifactory, part of the JFrog Platform address the challenge of managing binaries across multi-site topologies and keeping artifacts in sync between remote development sites, as they collaborate on the delivery process,” said Landman.

A Federated Repository abstracts the infrastructure layer to create a datacentre-transparent repository between different remote locations or different instances of the JFrog Platform that are ‘members’ of the Federation.

Automatic bi-directional sync and acceleration of the mirroring between locations, including efficient continuous replication of all configurations, metadata and binaries, ensure changes made by developers on one site are rapidly accessible by all other remote locations.

The pond and swamp dwellers at JFrog say that federated repositories are ‘simple to configure’ and manage and improve developer productivity, delivery speed and cross-site security.